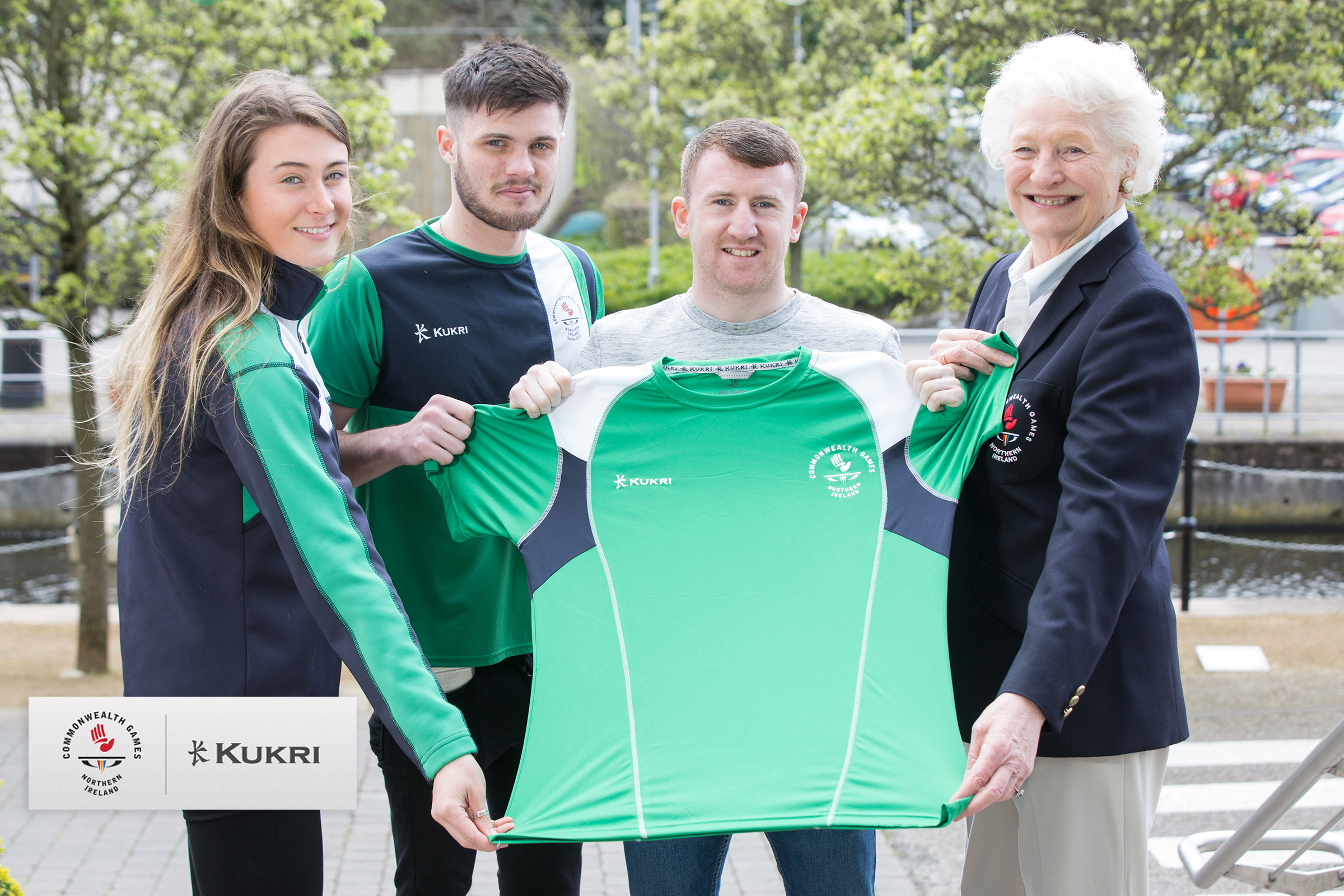 Just ‘One Year To Go’ until Gold Coast Commonwealth Games

With just one year to go before the start of the Commonwealth Games in Gold Coast 2018, Australia, Lisburn & Castlereagh City Council welcomed representatives from the local sporting community to Lagan Valley Island to mark the occasion with an event that announced Kukri Sports as official sportswear supplier to TeamNI.
Whilst it will be a challenge for Northern Ireland to replicate the hugely successful Games at Glasgow 2014 and Delhi 2010, work is well under way as the Northern Ireland Commonwealth Games Council partners with a range of stakeholders to develop TeamNI. It is anticipated that approximately 80 athletes will travel to take part in 14 different sports which will be supported by a dedicated group of approximately 40 coaches, medical staff and team management.
Northern Ireland’s team selection will not be confirmed until January 2018. Therefore, athletes will spend the next nine months targeting nomination times and results within specified tournaments. Competition at the 2018 Games will be fierce and medals will be hard earned, especially for those sports competing outside their traditional northern hemisphere season.Speaking at the event, Robert McVeigh, Chef De Mission for Team Northern Ireland, said;
“A year may seem like a long time for many members of the public but the Gold Coast Commonwealth Games 2018 are very much in the sights of our athletes, coaches and support staff. Indeed, we are already more than a year into our planning phase, working with the Commonwealth Games Federation, GOLDOC (Gold Coast 2018 Organising Committee), our member sports, SportNI and local authorities. Today, we’re delighted to announce Kukri Sports as our kit supplier for the 2018 Games as well as for the 2017 Bahamas Youth Games.” Terry Jackson, General Manager for Kukri Ireland, Team NI sportswear partner commented;
“We are honoured and delighted to be named as the Official Apparel Partner to the Northern Ireland Commonwealth Games team heading to the Gold Coast in 2018. Our experience in providing quality high performance sportswear to teams in multi-sport events combined with the dedicated athletes and coaching staff of TeamNI is a great partnership and cements our vision to become the number one Multisport brand in Northern Ireland.” Brian Bloomfield, Mayor of Lisburn & Castlereagh City Council welcomed Robert McVeigh, Chef de Mission, Team Northern Ireland and members of the N.I. Commonwealth Games Council to the Chestnut Suite at Lagan Valley Island for the Countdown event. He said;
“It is a genuine pleasure for us to act as host today with just ‘one year to go’ to the start of next year’s Games in Gold Coast. The Lisburn Castlereagh Council area has a great sporting tradition with many representatives across a range of sports having participated at past games. Our training facilities are excellent and I wish all our athletes the best as they train and prepare over the next 9 months for team selection.” Follow the TeamNI journey to Gold Coast Commonwealth Games 2018 on Twitter and Facebook (GoTeamNI) or visit www.nicgc.org Further media enquiries:
Rachael Harriott
Harriott Communications
M: 07886036782
E: rachael@harriottcommunications.com

2. Selection to the Northern Ireland team is made by the NICGC, based upon nominations presented by each relevant governing body for sport. Each governing body is responsible for ensuring that a suitable process has been followed in determining nominations.

3. The Commonwealth Games is an international, multi-sport event involving 70 teams of athletes from the Commonwealth of Nations. The event was first held in 1930 and takes place every four years. Gold Coast 2018 will be the 21st Commonwealth Games and will be held from 4th to 15th April 2018. It will feature 18 sports and 7 para-sports in 11 days of competition. The Games will play host to 6600 athletes and team officials with the event aided by an army of up to 15,000 local volunteers. GOLDOC is the official name for the Organising Committee tasked with delivering the Games in partnership with the Gold Coast City Council, Queensland Government and Commonwealth Games Australia.